Adam has been involved in the music industry since he was 6 years old, getting his start in the Australian Children’s Choir. Since then he has gone on to be become an artist in his own right as well as a label owner and artist manager.

Adam has worked predominantly in the Hip-Hop industry over the last ten years. He has run or been involved in workshops and performances for Amnesty International, The Salvation Army, The Department of Justice as well as numerous other community groups and organisations. Adam runs the Knox franchise. 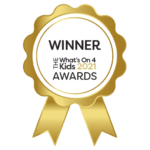 Our Philosophy and code of ethics